Factory was established at a time when the threat of attack to Czechoslovakia by Nazi Germany was obvious and realistic (1937). The most important Czechoslovak weapon factories (Skoda and Csl. Zbrojovka) were tasked by state to build new factories in the Czech-Slovak border area to install it far from Germany. Weapon factory Ceskoslovenska Zbrojovka Brno was looking for a suitable location. Vsetin town headed by the mayor Mr. Sousedik proposed so interesting conditions that it was decided to build new factory in Vsetin and its accelerated construction began in early 1937. For Vsetin and practically for the whole region of country Vsacko it was a very important decision. It caused not only the later significant development of the town and the growth of its importance. There was created an industrial zone that still gives work to many thousands of people from Vsetin and its suburbs .

The first products of factory which were made before Munich betrayal were intended to be used for defense against Nazi Germany. It was a 20 mm anti-aircraft ammunition for VKPL vz. 36 produced under Swiss license (like Oerlikon 28 ammo). Production of cartridges in the upper ammunition part of the factory was managed thanks to the huge commitment of all involved in a really short time. Further started assembly of 15mm heavy machine gun ZB-60 from imported components from mother factory in Brno and ammunition for it. Also for use in border bunker line (Czechoslovak version of Maginot line) there were assembled mountings DZ-27 for light machine gun vz. 26 and other similar equipment.

After the Munich betrayal in September 1938 production of equipment for already lost border fortifications stopped. People in a remaining part of Czechoslovakia continue work in the production of ammunition and weapons and especially anti-aircraft and armour piercing. From Munich events to occupation works were focused on start of 15mm heavy machine gun ZB-60 production, ammunition and sights. Furthermore, the production of shotgun hunting cartridges from Bratislava factory moved to Vsetin too. Development of 5 cm mortars in Zbrojovka Brno was supported by ammunition samples from Vsetin. Similarily for developped 12 mm anti-tank rifles VV12 were assembled here AP cartridges. Production of heavy machine guns vz.37 with its tripod and accessories was being prepared too.

After the German occupation of the rest of the Czech lands and separation of Slovakia to independent state (from March 1939 to the start of the war with the Soviet Union) the Germans let the factory to produce original Czechoslovak weapons and ammunition. These were intended to be exported and paid in foreign currencies which Germany needed to buy some missing raw materials from abroad. Further they produced heavy machine guns ZB-60, sights, mounts and ammunition for it, heavy machine guns vz.37 with a mount ZB-308 and AA sight, machine gun feedbelts and 20 mm ammunition. This product range soon expanded to German models and in a short time German types of weapons, mounts and ammunition often replaced, the Czech ones. With approaching defeat of the 3rd Reich was production entirely subordinated to German planning and the needs of total war. A typical war product of factory was 13 mm MG131 aircraft machine gun and over 50,000 pcs were produced only in 1943 to 1945 years. They produced ammo for 20 mm MG151/20 and MG-FF cannons, “Lübeck” ammo for ZB-60 installed on German fast S-boot patrol boats, ammo for ZB-60 in Spain and Yugoslavia, heavy machine gun vz.37 with mount and sight for Wehrmacht and Spain, machine gun ZB-30 with accessories for the German gendarmerie and Spain and naval Flak mounts LC30 for German navy. Because of close cooperation of the infamous Waffen SS R&D center in Brno with Zbrojovka were produced in Vsetin also components of anti-tank rifles PzB SS-M41, 8 cm multiple launcher´s rockets and anti-tank rifle grenades only for SS. Many other products have been co-developed and tested here including some Hitler's Wunderwaffen (Wonder Weapons).

It was a difficult time and any slowing of production or participation in the resistance was paid for by own life. Numerous Czechoslovak patriots from Zbrojovka ended their lives at execution sites or in concentration camps. Today their sacrifice for the country is commemorated by a memorial with their names installed nearby the administrative building No.1 of Zbrojovka.

Just after World War II there was no need for more weapons and ammunition in Europe. To a limited extent products from war stocks for export were being finalized, for example as the "Hagana" action for a new state of Israel created in Palestine. However a new politic struggle replaced the euphoria of the ended war. The world has begun to polarize to the capitalist West under the United States of America influence and to the Socialist East under influence of the Soviet Union. This was a start of period of cold war and renewal of intensive weapon production instead of peacefull products. In Vsetín were produced antitank launchers T-21 and ammunition, antitank launchers P-27 and ammunition, mid-caliber cartridges from 12.7 mm to 30 mm, insertion training barrels mainly for tank cannons and RPGs, Soviet aircraft cannons NS-23 and NR- 23 for the MiG jetfighters, components for guided and not guided missiles, initiators for licensed Soviet anti-tank grenades and missiles. There were produced here for example 30 mm anti-aircraft twin barreled gun, LMG vz. 59 and sight gun ZH-59 for a recoilless cannon vz. 59. Important part of the production consisted of small components for various ammunition – fuseheads, igniters, delays, relays, primers and detonators which served as components for other ammunition manufacturers in the CSSR. An interesting segment of production was aircraft pyrotechnics (for rescue ejection systems for MiG 15,17,19, L-29 Dolphin, L-39 Albatros, L-159 and for engine fire extinguishing systems). There were produced electric igniters for training of troops. After releasing the tension between west and east a conversion period occured. The production of weapons and ammunition partly changed to civil production like industrial electric detonators for blasting operations in mines, quarries and construction. Production of industrial detonators at Vsetin has recently celebrated 65 years of continuous production (in 2016).

The Velvet Revolution of 1989 in the country and other world´s events resulted in the collapse of Vsetin's Zbrojovka factory into many entities with different direction of production over the next ten years. These events also resulted in the period of the last renewal of military production in Vsetin. There were produced 12,7mm sniper rifles OP vz. 96 and 97 (vz.99) Falcon, ZP-98 backup pistol Kevin, ZPL-20 aircraft cannon and ammunition, developed Warrior recoilless cannons and prototypes of other weapons for NATO or eastern standard ammunition. The production of some of the former products as pyrocartridges for ejection seats, new initiators for fire extinguishers and for security luggage for the transfer of valuables, components for AT mines and tank ammunition production.

Last years there are 2 big companies dealing with civil explosives and pyrotechnics in the Zbrojovka walley. These are Indet Safety Systems a.s. (from 2018 renamed Kayaku Safety Systems Europe a.s.) and Austin Detonator s.r.o. The first one has Japanese owner and is mainly producing electric initiators, gas generators and other products for use in automotive, aviation, industrial and other safety or security pyrotechnic systems. That means products that aim to save lives and protect property. More than 1,050 of its employees produce more than 150 million products annually for customers worldwide. The second one has American owner, and its approximately 1,000 employees produce about 50 million industrial electric and non-electric detonators per year for use in mines, quarries, oil exploration and building construction or demolition. So these products serve to the peaceful needs of people in many countries of the world too. By moving center of ammo production of the Czech company ZVI a.s. from Vsetin to Slavicin we can say that today's explo and pyro production in the area of ​​the former Zbrojovka Vsetin is practically only civil. It is nice to know that today there are no products designed to kill or threaten people in the area. On the other hand it is worth noting that weapons are connected to humans from the very beginning and that history is written by winners. And these were usually equipped by more sophisticated weapons than their dissappeared adversers. Therefore please try to absorb this presentation of weapon´s and ammo factory in Vsetin without prejudice and observe it from the time perspective when these products were manufactured and why. 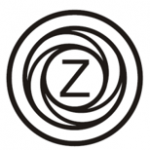